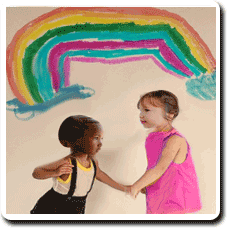 In June 2015, the Supreme Court determined that same-sex couples in all states have the right to marry. Same-sex couples with children face unique issues in terms of parentage. If your same-sex marriage is now ending in divorce and you have children together, your divorce settlement will need to include custody, parenting time, and child support. If your parental rights are not secure, you may have difficulty getting custody or parenting time after a divorce. These legalities are extremely complex, and it is important to talk to an attorney who will help you enforce your rights and obtain the access to your children that you desire.

Here are some of the scenarios that may face same-sex couples:

Further complexities exist if a same-sex married couple uses a known sperm donor rather than an anonymous donor via a sperm bank. The known donor could try to establish paternity, custody, and parenting time rights. The legal parents may need help from an attorney to enforce the donor contract, if there is one.

If there was no second-parent or stepparent adoption, the non-biological mother does not automatically have parental rights to the child. If you are in this situation and you are getting divorced, you may still be able to obtain fair custody and parenting time with the assistance of a knowledgeable same-sex divorce attorney.

Adoption of a Child Biologically Unrelated to Either Same-Sex Spouse

If you and your spouse both adopted the child during your marriage, parentage will not be an issue in your divorce.

If on the other hand, one spouse obtained a single-parent adoption before the marriage, the other spouse would have had to obtain a stepparent adoption after the marriage to establish his or her parental rights. Without a stepparent adoption, legal parental rights are not automatic. If you are in this situation and are getting a divorce, you may want to see if you can reach an agreement about custody and parenting time through mediation. An experienced same-sex divorce attorney can help.

However, thus far, Michigan courts have only applied the equitable parent doctrine to married couples. It remains to see if and when this doctrine will be applied to same sex divorce

If you have children and are getting a same-sex divorce, it is important to discuss your options with an experienced attorney who understands the various parental rights of same-sex couples.

Attorney Starla Zehr will listen to your concerns and carefully explain all of your options.  And, when necessary, Starla will fight aggressively for you, to make sure your rights are always protected, and to ensure that you get the best possible results.

Deciding Which Spouse Gets the House in a Divorce

Helping Your Children through a Divorce
Scroll to top