When a couple divorces, it seems that suddenly a whole new vocabulary comes into play. This is particularly true when child custody issues are involved. Take, for instance, the term “custody.” There are actually two types of custody – “legal” custody and “physical” custody.

The term “legal custody” refers to which parent has the right to make important decisions affecting the children. Decisions such as where the children go to school, what religion they will participate in, if any, and medical treatment would be made chiefly by the parent who has legal custody.

However, “physical custody“, simply refers to which parent determines the children’s primary place of residence.

Custody arrangements are also generally either “sole custody” or “joint custody.” Sole custody, as the term implies, means custody is held by only one parent. Joint custody refers to a shared arrangement. In joint custody cases, parents make important decisions affecting their children together. If parents elect joint physical custody, the children take turns living with each parent.

A “parenting time schedule” spells out the time that a child would spend with each parent. Sometimes, the court order simply states that “reasonable” parenting time must be observed. In this case, the parents decide between themselves the specific dates, times and conditions of parenting time. Some factors that may affect a parenting schedule are the age of the children, the location of the parents’ homes, parent work schedules, and the proximity of the children’s school.

When the court order specifies the parenting time, the details are all included in the order. This happens in cases where the parents are not able to work together amicably or when they can’t agree on a schedule between themselves. Factors that may affect whether or not the court steps in may include a parent who lacks responsibility, or who has harmed or threatened harm to the children. In these cases, parenting time may require supervision by a third party.

Family law weighs heavily in favor of a stable environment for the children. A judge may ask in the course of a hearing whether the children have an “established custodial environment” (ECE) with one or the other parent. If this is the case, more evidence may be needed for the judge to alter the current arrangement.

In order to establish the existence of an ECE, the judge will take a look at what the children’s life is like on a daily basis. The amount of time a child has lived under the current arrangement factors into the decision, as do considerations such as which parent the child looks to for love, affection, food, housing, and other needs.

If the answer weighs heavily in favor of one parent as opposed to a more equal balance, the judge may favor the parent providing the more stable environment for the children in terms of custody time.

It benefits everyone if you and your ex are able to work together to determine fair custody and parenting time for your children. However, if you are not able to agree, the judge will make that determination based on the “best interests of the child.” This legal test is based upon the following 12 factors:

(a): The love, affection, and other emotional ties existing between the parties involved and the child;

(b): The capacity and disposition of the parties involved to give the child love, affection, and guidance and to continue the education and raising of the child in his or her religion or creed, if any;

(c): The capacity and disposition of the parties involved to provide the child with food, clothing, and medical care or other remedial care recognized under the laws of this state in place of medical care, and other material needs;

(d): The length of time the child has lived in a stable, satisfactory environment, and the desirability of maintaining continuity;

(e): The permanence, as a family unit, of the existing or proposed custodial home or homes;

(f): The moral fitness of the parties involved;

(g): The mental and physical health of the parties involved;

(h): The home, school, and community record of the child;

(i): The reasonable preference of the child, if the judge considers the child to be old enough to express a preference;

(j): The willingness and ability of each of the parties to facilitate and encourage a close and continuing parent­ child relationship between the child and the other parent or the child and the parents. A judge may not consider negatively for the purposes of this factor any reasonable action taken by a parent to protect a child or that parent from sexual assault or domestic violence by the child’s other parent;

(k): Domestic violence, regardless of whether the violence was directed against or witnessed by the child;

(I): Any other factor considered by the judge to be relevant to a particular child custody dispute.

A final custody order is issued when the judge makes his determination following an evidentiary hearing. If parents are able to agree, the judge may simply adopt their agreement into his order. Sometimes, one or both parents may request a change in the final order. The judge will only consider a change if a parent shows there is either “proper cause” or a “change of circumstances.” Either of these factors must be substantial, having a big impact on the child. It cannot simply be a normal life change.

If the judge determines there is sufficient cause to revisit the order, he or she will still consider whether or not an ECE exists, and also will weigh carefully what is in the best interest of the child.

In addition to the 12 criteria determining the best interests of the child, the judge will consider these other factors:

(a): Any special needs of the child;

(b): Whether the child is nursing;

(c): Whether abuse or neglect of a child during parenting time is likely;

(d): Whether abuse of a parent during parenting time is likely;

(e): The inconvenience and impact on the child of traveling for parenting time;

(f): Whether a parent is reasonably likely to exercise parenting time;

(g): Whether a parent has frequently failed to exercise reasonable parenting time;

(h): The threatened or actual detention of the child with the intent to retain or conceal the child from the other parent or from a third person who has legal custody. (Does not include a custodial parent’s temporary residence with the child in a domestic violence shelter)

(i): Any other relevant factors.

Oakland County custody attorney Starla Zehr has extensive experience successfully representing hundreds of individuals in child custody matters. She will offer you an effective combination of compassionate advice and aggressive representation at affordable rates, so you’ll know that your rights are always protected. Call Starla for a free, confidential Child Custody consultation today.

Family Law Attorney Starla Zehr understands that nothing is more important to you than your children. You want the custody arrangements that will be best for your child, and ensure that their life is as happy and normal as possible. The role of your family law attorney is extremely important in helping you achieve the best child custody & parenting time arrangements possible for you and your child.

Attorney Starla Zehr will carefully explain all of your options, so you can make the child custody and parenting time arrangements that are right for you and best for your child. And, when necessary, Starla will fight aggressively for you, to make sure your rights are always protected, and to ensure that you get the best possible results. 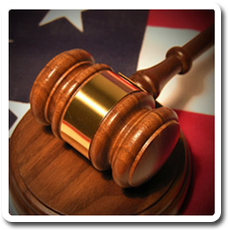 WELCOME TO OUR BLOG:

Family law attorney Starla Zehr
keeps you updated on Michigan
law, with her informative articles
about divorce, custody, support,
visitation and property division.
If you have a family law matter
Starla Zehr will offer you a free,
confidential phone consultation.
Does Moving Out During a Divorce Damage Child Custody Rights?

Protecting Your Retirement in a Divorce
Scroll to top